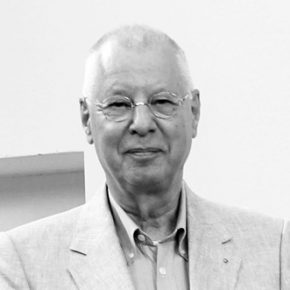 Dr. Martina Kohl is a Cultural Affairs Specialist at the U.S. Embassy in Berlin, Germany, where she coordinates a Germany-wide speaker and curriculum development program in American Studies. She holds an M.A. and a Dr. Phil. in American Studies, English Studies and History from Johannes-Gutenberg University Mainz.  Dr. Kohl studied at Florida Southern College (1980-81) and taught and conducted research at the University of Michigan in Ann Arbor (1985-90). In 2013, she received the Hans Eberhard Piepho Prize for the U.S. Embassy School Election Project and the “Ausgezeichnete Orte – Land der Ideen” Award for the Going Green – Education for Sustainability Project in 2015. Dr. Kohl frequently teaches in the American Studies program at Humboldt University Berlin and at the Obama Institute at Mainz University. She serves on the advisory board of the Salzburg Seminar American Studies Association (SSASA).
Areas of specialization: Literature, History, Politics, Education, Popular Culture

Prof. Dr. Andrew S. Gross is Professor of North American Studies at the University of Göttingen. He holds a Ph.D. in American literature and critical theory from the University of California, Davis. In 2012, he completed his Habilitation thesis at the Free University of Berlin. The resulting book, The Pound Reaction: Liberalism as Lyricism at Midcentury American Literature, Heidelberg: Winter, 2015, won the 2013 Rob Kroes Publication Award of the EAAS.
Areas of specialization: Literature, Literary History, Cultural Studies

Prof. Dr. Maria Moss received her doctoral degree in one of her life-long passions – Native American Studies – from the University of Hamburg in 1993 and her post-doctoral degree (Habilitation) in neo-realist American literature from the Free University Berlin in 2006. She has been teaching North American Studies at Leuphana University Lüneburg since 2007. Maria is a two-time recipient of the Leuphana Teaching Award. In addition to numerous publications on Native issues, Maria has recently branched out into the fields of eco-criticism and Critical Animal Studies. Her other fields of teaching and research include creative writing, Canadian Studies, and environmental literature. Together with colleagues from Leuphana University Lüneburg, she has embarked upon a new challenge: editing the American Studies Blog and writing the occasional piece of creative non-fiction.
Areas of specialization: Literature (20th century, contemporary), Native American Studies, Environmental Studies

Prof. Dr. Heike Paul is professor of American Studies at Friedrich Alexander University Erlangen-Nürnberg and director of the Bavarian American Academy in Munich. She is a recipient of the Gottfried Wilhelm Leibniz Prize (2018) and a member of the Bavarian Academy of Sciences and Humanities. Heike Paul was speaker of the Research Training Group (GRK 1718) “Presence and Tacit Knowledge,” and she is currently part of the DFG-funded interdisciplinary project “Reeducation Revisited: Transnational and Comparative Perspectives on the Post-World War II Period in the US, Japan, and Germany.” She is the author of The Myths That Made America (2014) and co-author of Cultural Mobility: A Manifesto (2009). Currently, she is completing a monograph on the work of Stewart O’Nan and a co-edited volume on “The Comeback of Populism.” Her new major project is concerned with “Global Sentimentality.”

Wiebke Kartheus received her B.A. in World English studies, art history, and visual studies from Saarland University and her M.A. in American studies from Leipzig University. She has been a member of the editorial board of aspeers: emerging voices in American studies for four consecutive issues (6–9). Currently, she is conceptualizing her Ph.D. project “Presenting Art, Preserving Value: The American Art Museum and Capitalism in the 21st Century” (working title).